What is the geopolitics of Nepal

Energy and geopolitics in the Himalayas

President Xi Jinping's prestige project, the so-called "Belt and Road" initiative (BRI), which is aimed at global reach, has recently encountered resistance. The alleged "win-win" situation for China and the respective partner country is increasingly being questioned after the recent change of government in Asia. Some countries are asking themselves whether they are not becoming too dependent on Chinese loans, and whether the focus is not primarily on Chinese companies and state interests.

For example, reservations have been expressed by the new government in Pakistan, the country where planning and investment in BRI have advanced furthest; the new Malaysian government got out of multi-billion dollar projects with China; Thailand and Myanmar also distanced themselves from Chinese offers to expand rail lines and ports; and even the small island state of the Maldives wants to put the previous agreements with China under the BRI to the test after the latest change of power there. 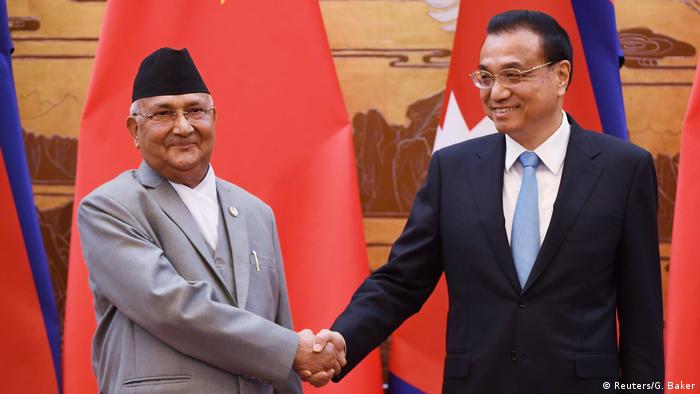 Nepal as a "permanent partner" of China's BRI

Against this background, you can read a recent success report from the Chinese news agency Xinhua, a mouthpiece of the party leadership, about the cooperation with Nepal. According to this, China has become the largest foreign direct investor there, ahead of India. Both sides would now start implementing their June agreement memorandum. With Nepal's participation in the BRI, nothing less than a "Himalaya-spanning, multi-dimensional network of connectivity" is to be created through a cross-border road and rail network, power lines and internet connections.

For all these projects, however, a sufficient and secure power supply is a prerequisite, and this is still a problem in Nepal despite its gigantic hydropower potential. That is why China also wants to invest in the expansion of hydropower in Nepal, but this is by no means going smoothly because of the many changes of government in Nepal in recent years and because of objections from local civil society stakeholders, for example on the question of compensation. 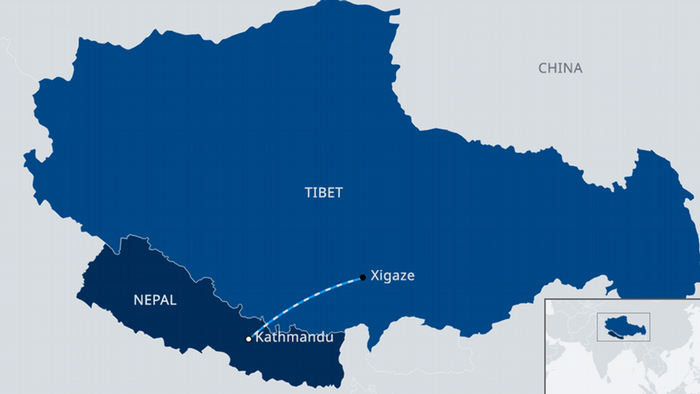 According to Chinese information, the Xigaze - Kathmandu rail link should be completed in 2022

This is especially true for large-scale projects such as the 1200 MW Budhi-Gandaki power plant, which would almost double the available capacity in Nepal. After several back-and-forths in 2017 as to whether it would be better to build the power plant as a "project of national pride" on its own or leave it in the hands of the Chinese, the new government under Prime Minister K.P. Sharma Oli (in office since February 2018) decided at the end of September to finally award the project to the state-owned China Gezhouba Group Corporation. At least that's what Nepalese government officials said, official confirmation from China is still pending.

A Xinhua report of a Nepalese-Chinese working meeting on joint development of the electricity sector at the end of September made no mention of the Budhi-Gandaki project. Possibly the Chinese are now acting a little more cautiously after their experiences with "domestic political games" (as the Nepal expert Julia Strasheim told DW) in Nepal. After several years of negotiations, they have already withdrawn from a similarly large project in the west of the country, the planned 750 MW West Seti power plant. 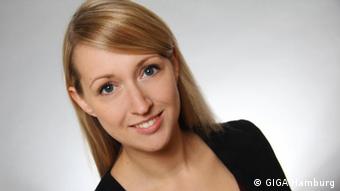 Nepal based on China

Despite these delays and setbacks, according to Julia Strasheim, "there is generally a great deal of optimism in Nepal towards neighboring China." The fears and mistrust of the rise of China that exist in the West and now in Asia are not shared to the same extent in Nepal. On the contrary, as Strasheim further explains: "Cooperation with China within the framework of the BRI is very important for the Oli government. He started with a key campaign promise: 'I will create political stability and economic development.' Of course, Oli knows that Nepal, as one of the poorest countries in the world, cannot do this on its own and that is why they promise to benefit from the investments and the infrastructure. "

The fact that China is using Nepal for its security strategy and Tibet policy is the other side of the coin, as Julia Strasheim makes clear: "In recent years, China, including within the framework of the BRI, has set up a police academy for the Nepalese Armed Police Force (APF) The APF is responsible for the border controls, there were joint border controls. Behind this it is quite clear that one wants to restrict the flow of refugees from Tibet to Nepal or through Nepal to India. "

Realignment of relations with India

Another central motive of the government in Kathmandu is to reduce the dependency on India, explains Julia Strasheim: "Just two years ago after the earthquake there was an economic blockade through India and you noticed that the border was closed and nothing more into the country came, no fuel, no medicines, that one was completely dependent on one's Indian partner. One absolutely wants to avoid a repetition of such a situation, and that is what one expects above all from the connection to China. "

Connecting to China does not mean turning away from India, which is still Nepal's largest trading partner. India has recently played an important role in the field of power supply. Nepal, with its large current account deficit, also wants to expand its hydropower for electricity exports, especially for its energy-hungry neighbor in the south of the country. "Nepal and India are therefore creating the infrastructure for transmission in small steps, i.e. a transformer station at the border and the corresponding connection lines to enable export in the long term," explains Jürgen Welschof, Team Leader for Energy South Asia at the German Reconstruction Loan Corporation (KfW) in conversation with DW.

So far, however, Nepal has been importing electricity from India via this infrastructure, which, in addition to the construction of additional hydropower plants, has led to a noticeable improvement in the supply situation over the past two years, as Welschof notes. In Kathmandu, for example, there are now far fewer power cuts. 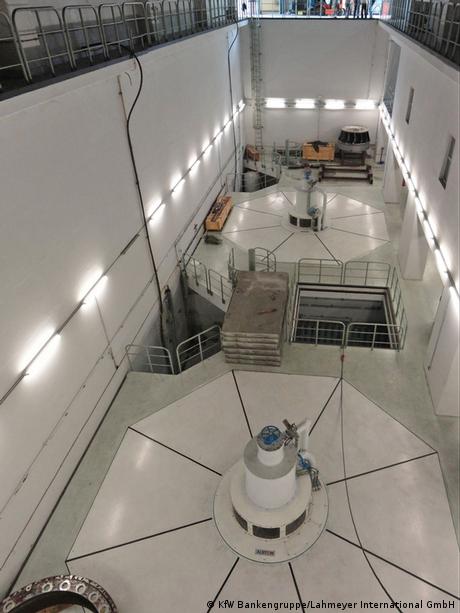 The Middle Marsyangdi power plant, financed by KfW and the German government, which went into operation in 2009 and, with an output of 70 MW, is far more modest than the mega-projects planned with China and India, also made a significant contribution to improving the power supply. "As in all Asian countries, there is rapid urbanization in Nepal, which also contributes to the fact that electricity consumption increases. But you don't have to cover that with 1000 MW power plants. You could do that with smaller power plants, it's just a matter of a few hundred megawatts, "Welschof told DW.

After all, the peak load-capable power plant on the central reaches of the Marsyangdi River in central Nepal contributed ten percent to the installed capacity of the power plant park in Nepal. And not only that: the power plant survived the severe earthquake of 2015, the epicenter of which was very close, completely unscathed. Some other power plants, some of which were under construction, were very badly damaged. "The Middle Marsyangdi power plant was not even shut down in an emergency, which should have been done from a professional point of view. But what contributed to the fact that, for example, the cell phone networks in Nepal still worked after the earthquake", of which "we are a little proud", says the KfW energy expert for South Asia. 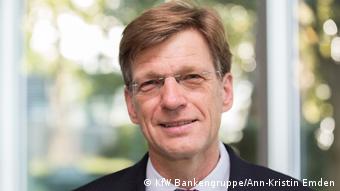 Jürgen Welschof from KfW: "Germany is only one of several partners who are helping to improve Nepal's electricity supply. We are doing this in many areas, within the framework of the limited funds that Germany makes available."

When asked how the approach and philosophy of KfW in such a project differs from a large Chinese power plant project, Welschof says: "Our cooperation is based on partnership and on an equal footing. The interests of projects financed by other countries may differ from this We are therefore not in competition with such projects from our point of view. "

Even after almost ten years of electricity production and the end of the support process, KfW and the federal government are still active to support the long-term operation of the power plant, one of KfW's largest development projects in Asia. There is a lack of sustainability, among other things due to the low budget of the Nepalese electricity supplier NEA for maintenance and operation - not only for this project, but also for many other power plants and power lines.